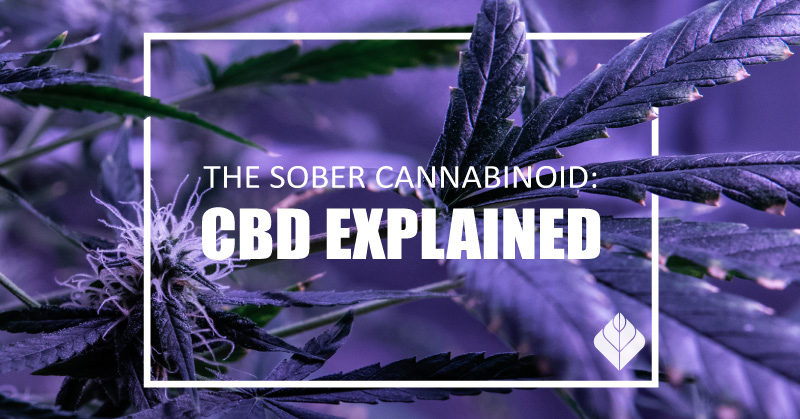 Cannabinoids are chemical compounds found in cannabis plants that stimulate cannabinoid receptors of the body and brain.[1] According to a consensus of industry practitioners, there are at least 100 cannabinoids, all of which have different effects on users. Among these include the ubiquitous tetrahydrocannabinol (THC) and cannabidiol (CDB).

THC is the psychoactive ingredient that causes the “high” or feeling of intoxication experienced by cannabis users, whereas CBD is a non-psychoactive agent derived from hemp plants that offers a variety of reported therapeutic benefits including pain relief, preventing inflammation, and mitigating psychological ailments such as depression.[3] Cannabinoids can be consumed in various ways, most commonly via smoking or eating edibles. With jurisdictions around the world becoming increasingly open to legalizing cannabis for recreational and/or medical purposes, research projects regarding cannabinoids and their physiological effects are gaining significant traction.

CBD was brought into the spotlight in 2013 when Dr. Sanjay Gupta reported in a CNN documentary the case of a girl from Colorado named Charlotte who suffered from Dravet syndrome, a rare and potentially lethal form of epilepsy. At five years old, she suffered up to 300 severe seizures a week and was at a constant risk of medical emergencies. Out of desperation, Charlotte’s parents resorted to treating her condition with CBD – a decision that met with controversy given her age.

Remarkably, Charlotte’s seizures almost completely stopped after she was given a CBD extract. The success of her treatment inspired hundreds of families with children suffering from similar ailments to relocate to Colorado in order to obtain CBD treatment for their children. Others, particularly in U.S. states with stricter cannabis regulations, opted to procure CBD extracts via illegal distribution networks.[5]

The results of Charlotte’s case have been supported by a study conducted by the European Pharmaceutical Review claiming that the substance can mitigate “drop seizures,” which cause severe muscle control loss and balance, by 41.9%.

“This new study adds rigorous evidence of cannabidiol’s effectiveness in reducing seizure burden in a severe form of epilepsy and, importantly, is the first study of its kind to offer more information on proper dosing,” says Dr. Orrin Devinsky, NYU Professor of Neurology, Neurosurgery, and Psychiatry, who co-authored the study.

However, while CBD has exemplified promising benefits to users so far, researchers have pointed out that definitive findings regarding CBD’s full effects, particularly those derived from human studies, are still far from conclusive and will require further research. They have also pointed out that several CBD manufacturers have come under scrutiny from authorities for making unfounded claims about CBD such as assertions that it might be a cure for cancer which, according to Harvard Health Publishing, is not the case.[6]

US Perspective: States vs. The Feds

Cannabis remains illegal on a federal level in the United States in spite of individual states, notably Colorado and California, legalizing the substance for medical and recreational purposes. For now, cannabis, and therefore CBD, is classified as a Schedule 1 drug alongside substances such as heroin and LSD. However, federal agencies such as the US Food and Drug Administration (FDA) have outlined strict provisions allowing for the distribution of cannabis-based medicines as well as scientific research into the medical uses of cannabis. In fact, the FDA has already deemed certain drugs such as Epidiolex, which treats seizures using CBD, and Marinol, used to treat anorexia and weight loss in AIDS patients, as “safe and effective for its intended indication.”[7]

With regard to the federal government’s approach towards states that have legalized cannabis for medical and recreational use, the U.S. Department of Justice (DOJ) stated that while the substance remains illegal on a federal level, they expect states such as California and Colorado to create “strong, state-based enforcement efforts”[8] to “defer the right to challenge their legalization laws.”[9] However, the DOJ warned that it “also reserves the right to challenge the states at any time they feel it’s necessary.”[10]

One major development in the realm of cannabis regulation in the U.S. is a new policy recently signed by President Donald Trump that legalized the commercial production of hemp in the country as an agricultural commodity. The bill would essentially allow researchers to apply for federal grants as well as crop insurance which regulators hope would stimulate the U.S. agricultural sector.[11] With the legalization of hemp, it is likely that the extraction of CBD and the production of CBD-based products could grow significantly in the country.

Regulations surrounding cannabis around the world vary dramatically, with Canada recently joining Uruguay in legalizing recreational cannabis use, while others such as Indonesia retain draconian laws for cultivators and those found to have cannabis in their possession. Since the success of legalization efforts in Canada and Uruguay, lawmakers in those countries have developed legal frameworks to regulate the consumption of cannabis and cannabis-based products in their respective jurisdictions. Both require cultivators and producers to possess licenses and have set out guidelines on the sale of cannabis-derived medicines, including those that use CBD as their active ingredient.[12]

On December 24, 2018, Thailand’s National Legislative Assembly unanimously passed new legislation to legalize cannabis for medical use and research, making it the first country in Southeast Asia to do so. While the legislation is waiting to be fully implemented as of the beginning of 2019, Thailand’s Justice Minister Prajin Juntong has reassured stakeholders that guidelines will be provided.[13]

As further awareness grows about CBD and its reported therapeutic effects, further interest in conducting research about the compound will continue to grow. Given that research about its effects has been hindered by the hostile regulatory posture of many countries, this relaxation may create opportunities to collect data from human trials, in contrast with prior lab data showing only the substance’s effects on mice. This is expected to provide a boost not only to the burgeoning cannabis industry, but also science and academia.[14] Entrepreneurs and corporations are likewise becoming more open to the idea of researching ways to incorporate CBD into their products and offering more ways to enrich their consumers. While the cannabis industry, and therefore the proliferation of CBD-based products, remains in its infancy at this time, it is certain that the attention it is receiving is anything but sober.

[1] “What are cannabinoids? Where can cannabinoids be found?” Fundacion Canna (available at https://www.fundacion-canna.es/en/cannabinoids).

[2] “An Introduction to CBD,” United Patients Alliance (attained on Jan.21, 2019) (available at https://www.upalliance.org/medical-information/cannabidiol-cbd/)

[3] “What is CBD?”, Project CBD (available at https://www.projectcbd.org/about/what-cbd).

[5] “What is CBD? The ‘miracle’ cannabis compound that doesn’t get you high,” Alex Halperin, The Guardian (May. 28, 2018) (available at https://www.theguardian.com/society/2018/may/28/what-is-cbd-cannabidiol-cannabis-medical-uses).

[7] “FDA and Marijuana: Questions and Answers,” US Food & Drug Administration (available at https://www.fda.gov/newsevents/publichealthfocus/ucm421168.htm#use).

[14] “Not Everybody Must Get Stoned: Pot’s Nonintoxicating Future,” Amanda Chicago Lewis, The Wall Street Journal (Oct 25, 2018) (available at https://www.wsj.com/articles/prepare-for-a-wave-of-cannabis-productsbeyond-cbd-1540479300)

© 2019 Schedule One Ventures. All Rights Reserved.

All material presented is compiled from sources believed to be reliable and current, but accuracy cannot be guaranteed. This is not to be construed as an offer to buy or sell any financial instruments. It is not our intention to state, indicate or imply in any manner that current or past results are indicative of future profitability or expectations. As with all investments there are associated inherent risks. Please obtain and review all financial material carefully before investing.

Schedule One Ventures offers products and services intended solely for investors from certain countries or regions. Schedule One Ventures does not offer these products or services outside their intended countries or regions. Your country of legal residence will determine the products or services that will be available to you. Nothing on this website should be considered a solicitation or offering for sale of any investment product or service to any person in any jurisdiction where such solicitation or offer would be unlawful. Past performance is not a guide to the future. Market and exchange rate movements may cause the capital value of investments and the income from them to go down as well as up and the investor may not get back the amount originally invested.

The risks presented by private equity investing, included but are not limited to the following: substantial commitment requirements, credit risk, lack of liquidity, fees associated with investing, lack of control over investments and or governance, investment risks, leverage and tax considerations. Private equity investments can also be affected by environmental conditions / events, political and economic developments, taxes and other government regulations. In addition, investments where this is a concentration in a certain sector may be subject to greater risk and volatility than one which invest more broadly.

We accept no responsibility for the content of any external websites. The attention of users is drawn to Schedule One Ventures Privacy and Cookies Policy which includes details on the use of performance, identification and targeting cookies (both our own and third parties) to enhance the functionality of the web-site, to enable us to monitor usage and to assist with future communications. By continuing to use this site users will be deemed to have accepted this policy and the use of cookies for these limited purposes only.

Select the fields to be shown. Others will be hidden. Drag and drop to rearrange the order.
Click outside to hide the compare bar
Compare
Compare ×
Let's Compare! Continue shopping